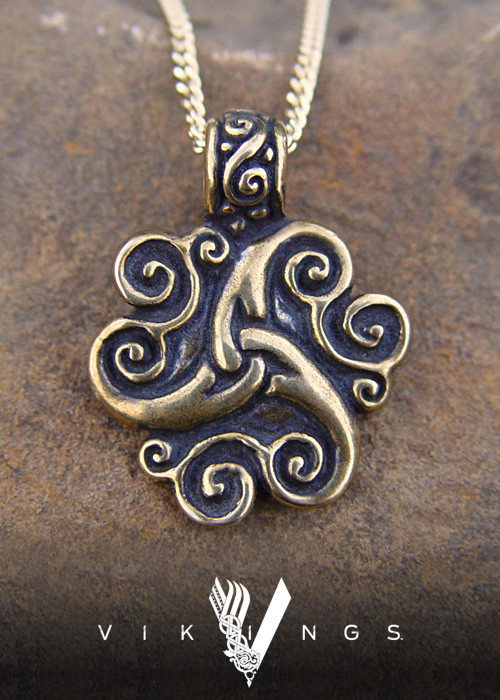 Description
Creation, Preservation, and Destruction. The triskele is an important Celtic symbol with many meanings. Tap into the power of the Ancient Celts with our Triskele Pendant.

Symbolism of the Triskele

The triskele is a symbol common used in ancient Celtic art. It is especially associated with the Isle of Man where the ancient College of Druids was centered. The design emphasises the numeral three, which the Celts used to symbolize the principles of creation, preservation and destruction embodied also as the the cycle of life: birth, death (rebirth), triple goddess: maiden, mother and crone, and the phases of the moon.

Why would a Viking wear a Celtic triskele pendant? We imagine he brought it back from of of the raids he went on!