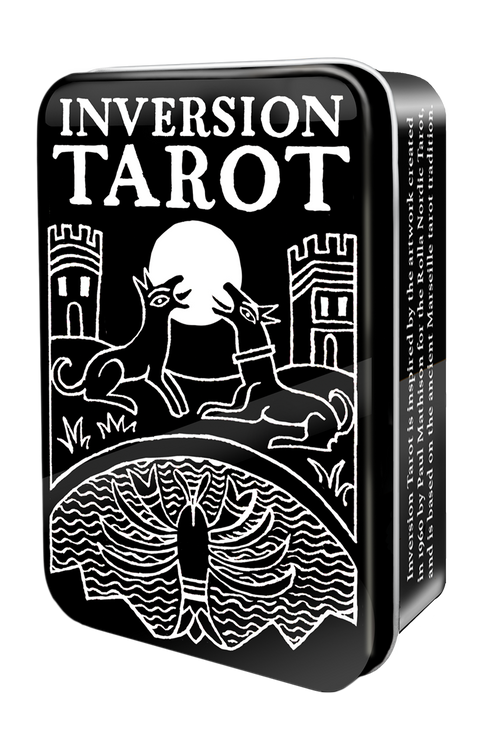 Inversion Tarot in a Tin

Inversion Tarot is based on and inspired by the mid-century artwork originally created in 1960 by Paul Mathison for the Rolla Nordic Tarot. This deck follows the ancient Marseille tarot tradition. The updated images have been inverted and refined with interesting new details and decorative elements brought into focus for a striking, contemporary deck.

Jody Boginski Barbessi is an artist and graphic designer. She studied fine arts at the Pratt Institute in Brooklyn, NY, the school Pamela Colman Smith attended before illustrating the Rider-Waite Tarot deck. Jody is also is the creator of Influence of the Angels Tarot.